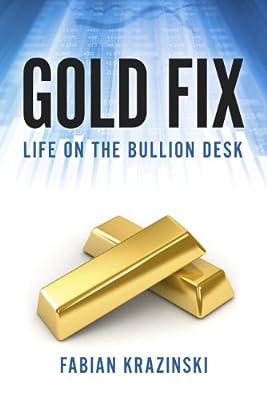 What follows is an account based upon my experiences working on the bullion desk for one of the largest players in the market. The events depicted are true and the spirits accompanying them are solely based on my interpretation. Certain identifying details have been changed to protect the innocent. The lines between opinion and fact can easily be blurred. I’ll leave it to the reader to decide.
So what prompted this book? I’d toyed with the idea of documenting my experience for a few years but felt conflicted between lifting the lid on some of the more questionable activities and hurting the good people I’ve known in the industry. I’m not looking to be a whistleblower or pioneer, just make the best life I can with the 75.7 years I can expect on this planet.
Two events finally pushed me to put pen to paper.
On March 14th 2012 Greg Smith resigned from Goldman Sachs and published his reasons in the New York Times. The content caused some scandal but I was not remotely surprised. Screw the client and make money? Isn’t that what all banks do? It’s just that Goldman are better than most. The danger comes not from the tyrant in power; it comes from the wolf in sheep’s clothing; the institution that portrays itself as somehow different. They are no different.
The second event was a 60 minutes episode that aired on April 22nd 2012. A segment covered the demise of Lehman Brothers in 2008 and questioned who knew what. What struck me the most was testimony and subsequent repercussions for Matthew Lee. He was a senior accountant who had identified problems with the infamous repo105 transactions and tried to raise the alarm. He was rewarded with demotion at first and then fired. Apparently he has been shunned or for some other reason been unable to find employment since. This I find abhorrent.
I’ve always believed in standing up if something is wrong. It hasn’t served me too well in the political world of front office but I don’t care, I sleep well with a clear conscience. An enjoyable and successful career became increasingly uncomfortable as it became clear that there was no meritocracy and few ethics to be found anywhere. The more unscrupulous the behavior the better it seemed to be for career progression. At several points the CTFC have conducted investigations into questionable activities such as price manipulation and found nothing, obviously. I don’t know why they couldn’t. Incompetence? Lack of resources? I’m inclined to believe that it’s more of a case of them not wanting to rock the boat. Let’s be honest, if Bernie Madoff can get away with the massive fraud he conducted there’s no stopping anyone. Dodd-Frank regulation will likely prove ineffective. I expect that a period of dormancy will be followed by a resumption of business as usual.
In the end I couldn’t wait to get out, but I was left with a nagging feeling about what goes on and nothing being done about it. It’s not my problem and not my doing. Is that reason enough to stay silent? For everyone else, yes.

Every Coin that Ever Existed par Brian S...

Gold Coin Investment For Beginners - How...