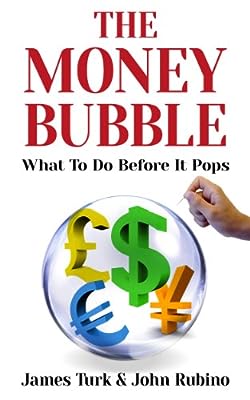 In their 2004 book The Coming Collapse of the Dollar, James Turk and John Rubino advised readers to bet against the housing bubble before it popped and to buy gold before it soared. Those were literally the two best investment ideas of the decade. Now Turk and Rubino are back to say that history is about to repeat. Instead of addressing the causes of the 2008 financial crisis, the world's governments have continued along the same path, accumulating even more debt and inflating even bigger financial bubbles. So another -- even bigger -- crisis is coming. Whether it ends up being called a "crack-up boom" or "the End of Paper Money" or "the Second Great Depression," it will change everything, from the kinds of investments that create new fortunes to the kinds of money that most of us save and spend. Among many other things, the authors explain:
• How governments are hiding the scope of the problems they face.
• Why the world's paper currencies will soon stop functioning as money.
• How you can protect your savings from the threats posed by this transition from "unsound" paper currencies to "sound" money like gold and silver.
• How you can actually make money -- perhaps a lot of it -- during this transition.
"Because the Money Bubble involves the world's major currencies rather than just a discrete asset class like houses or tech stocks, its bursting will be both far more devastating for the unprepared and far more profitable for those able to understand it and act accordingly. Our goal is to usher you into this small but happy second group." -- James Turk and John Rubino, The Money Bubble

Gold: The Race for the World's Most Sedu...

The Gold Fields of the Southern Appalach...